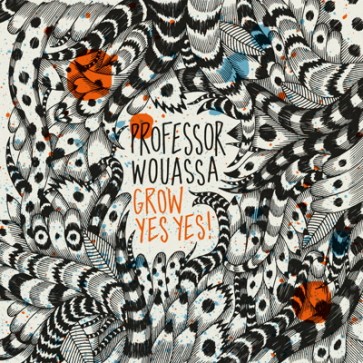 Music knows no boundaries and trespasses every geographic wall and culture. Rooted in Lausanne, Switzerland, Professor Wouassa is a living testimony of this - a special blend that brings together the principal Swiss afrobeat players into one groovy pot, cooking uplifting and infectious afro music.

Born in 2003, the combo released their first album Dangerous Koko! early 2011 and soon picked up airplay in such diverse countries as the UK, Greece, Brazil, Canada, only to be reinforced by their incredible live delivery – and soon invited to be the opening act for Seun Kuti & Egypt 80 in the reputed Cully Jazz Festival. After a string of memorable concerts throughout a packed tour, 2015 marks the release of Grow Yes Yes!, mixed by none other than Malcolm Catto (The Heliocentrics, Mulatu Astatké, to name very few) and with featured appearances by afrobeat shining stars Seun Kuti and Ebo Taylor.

The album, about to be re-issued on Matasuna Records - house of the smouldering hot new project Dem Juju Poets – and for the very first time on vinyl, will surely add fuel to the fire across dancefloors everywhere.

Serema, its first track, laces Ebo Taylor's smokey voice with an almost Cuban feel melody, preaching a message of love while Doumadem is a testament to the afro beat heritage, Thais Diarra's voice hovering beautifully over a landscape of heat-infused rhythm, cropped with precise horn stabs and arrangements that would make Antibalas proud.

We dare you to stand still while listening to We Thit. Seriously. If you aren´t compelled to dance to it, check your pulse. Surely something will be racing inside you.

Sunu Reou is a vintage, slow tempo afro groover and it is only fitting that it has Seun Kuti as its guest, proving, if proof were needed, that Professor Wouassa are a singular musical project that pays homage to and does not shy away from mixing afrobeat, high-life and ethio-jazz with contemporary funk. Yes Yes!