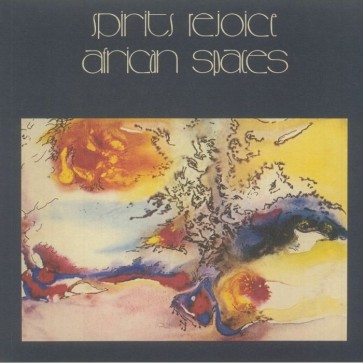 • A defining musical statement in South Africa’s jazz canon – pinpointing the moment of social and musical ferment in which the country’s terms of engagement with jazz were irreversibly changed.
• Forged when township kids were facing down bullets, this is an electric mulberry funk – slick, intense and complex.
• Reissued for the first time since 1977 with inner sleeves containing archival photographs and new liner notes by Francis Gooding.
• Audio remastered and cut for vinyl by Frank Merritt at The Carvery with heavyweight 180g vinyl pressed at Pallas in Germany

At a distance of more than forty years, the radicalism and significance of African Spaces can be seen more clearly. Ambitious, uncompromising, and resolutely progressive, it represents a unique high-water mark in South Africa’s long musical engagement with the newest developments in American jazz – a response to the cosmic call of Return To Forever, and an answer to Miles’ On the Corner.

Spirits Rejoice drew together some of South Africa’s most abundantly talented and forward-thinking jazz players and created a complex and challenging jazz fusion that shifted the terms of South Africa’s engagement with jazz towards new music being made by pioneers such as Chick Corea, Weather Report, John McLaughlin, Pat Metheny and others.

African Spaces, their debut recording, is one of the key documents in the South African jazz canon. Emerging in the aftermath of the 1976 Soweto uprising, and taking its place alongside the crucial mid-1970s music of Malombo, Abdullah Ibrahim, and Batsumi, it is a defining but unsung musical statement of its era.