Greg Foat’s music evokes a spirit of time and place. The 1960s (and early 70s) was a time when British modern jazz was breaking free from its trad jazz and mainstream fetters and discovering a whole new world of home-grown original music. London was positively buzzing with the leading protagonists of the day; Mike Westbrook, Ian Carr, Michael Garrick, Gordon Beck to name but a few. Foat rightly reveres
this music and it’s echoed in his own compositions. Not a copyist by any means, his works are vibrant and alive with the zeitgeist of the 21st Century. But there’s undoubtedly recognition of a musical heritage that cannot and should not be forgotten. It changed the face of jazz forever and has since heralded the way for even more radical departures.

Greg Foat’s music is redolent of a special era when jazz was approachable and possessed a rhythmic imperative. There was also another kind of irresistible jazz, that bordered on the pop and rock music of the time propagated by the
likes of Roy (Get Carter) Budd, Harry (The Sweeney) South, Brian Auger’s Trinity and Soft Machine. But the origins of this soulful, funky and electrifying jazz also hark back to those 1960s innovators in soul jazz; Herbie Hancock, Horace Silver, Lou Donaldson and others.

The Greg Foat Group has been releasing albums for several years now, all spectacular affairs, from ‘Dark Is the Sun’ (2011) to ‘The Dancers At The Edge Of Time’ (2015) and all on the enlightened Jazzman label. So this latest twin release of two ten inchers, Cityscapes and Landscapes offers a rare treat because for the first time, the listener is given a fascinating insight into the development of the Greg Foat Group. The recordings presented on these two

EPs represent a journey from urban to rural environments in musical form. Foat actually wrote these around 2002 at the age of 23 when he was living in Stockholm, Sweden. But crucially, they sound like they were written today.

The title of the opening track on ‘Cityscapes’ is 'Ingen Reklam (Tack)' which translated from the Swedish literally means 'no advertising (thanks)' but is taken to mean ‘no junk mail’. Apparently, this is written on all the letter boxes in Sweden! Electric piano, bass and drums lay down an insistent groove shortly enjoined by the scintillating brass section à la Elton Dean-era Soft Machine and if that isn’t enough there’s a coruscating guitar solo from Andreas Hedstrom.

‘Pluribus’ is essential funk but with added oomph and a tricky time signature. One significant fact about these early recordings is that Trevor Walker on trumpet and flugelhorn has been an
essential, constant presence, alongside Foat since the inception of the group and has imbued the music with its characteristic edge. Walker is first to solo, eloquently, on this grooving number. ‘View From The Hill’ is a serene piano solo affording a very brief, quiet interlude. ‘Solaris (Parts 1 & 2)’ follows; the title of which derives from the frequent science fiction allusions to Greg Foat’s compositions. The ensemble head here is a gorgeous and memorable melody and once again we hear from Trevor Walker first and then it’s Foat’s turn on piano before the piece concludes by returning to the head arrangement and a fade out ending.

Greg Foat wrote the four pieces for ‘Cityscapes’ whilst he was a session pianist and nightclub DJ in Sweden’s capital city for almost a year. Following a move back to his native Isle of Wight, he then wrote ‘Landscapes’ in recognition of his contrasting life and times. A lone arco bass lugubriously opens 'Dawn' with wave-like piano and a hovering seagull cry from flute and occasional splashing cymbals. Thus the scene is set for this record’s predominantly bucolic theme.

The flute on 'Paper Kites' is reminiscent of the doyen of that instrument, the late, great Harold McNair, replete with some 'wild flute'. Indeed the underlying swing of this fast-paced number possesses all the panache that was the trademark of that often overlooked hero of British modern jazz. 'Landscapes' begins as a slow, pastoral track with the melody gently evinced by the group's stalwart trumpeter, Trevor Walker. Half-way through the number the tempo and volume pick up, transforming the piece into a real toe-tapper and there's more deft soloing from trumpet and flute, all underpinned by solid piano, bass and drums. The final number, 'Dusk' is something of a brief reprise of the opener, certainly in feel, with once more an underlying arco bass and mellifluous piano closing this perfectly balanced set. 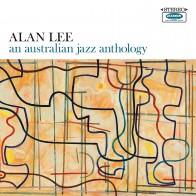