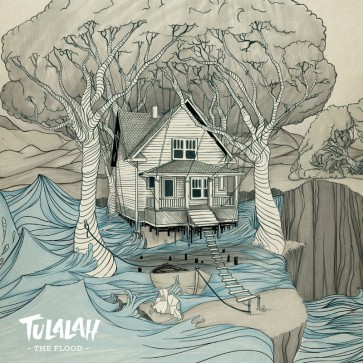 Tulalah's blend of folk, rock & jazz influences alongside with their use of vocal harmonies add a new flavour to the roster of Australian artists who have released on the Equinox label which include The Raah Project, Hiatus Kaiyote & Kirkis.

Three months after the release of their debut EP 'The Mule' in 2013, Tulalah caught the attention of the label by chance at a gig at The Evelyn Hotel in Fitzroy. After a meeting the idea to record an album was born.

The album was recorded at a small home-made studio in the beachside town of Blairgowrie along the Mornington Peninsula as well as several halls & churches in Melbourne's inner north to track vocal, string & horn sections. The original sextet eventually expanded into the current 9-piece lineup. WIth the assistance of co-producer Jono Steer, the album was then mixed at Melbourne's iconic Sing Sing Recording Studios.

The singles 'Selma', 'And Yet It Moves' and 'Distortrait' have resonated with critics both in Australia and around the world. These tracks have been on regular rotation with the likes of Double J, ABC Radio National, Triple R & PBS FM as well as international support from tastemakers including Kev Beadle, Toshio Matsuura, Jon Oliver & Jazzanova.